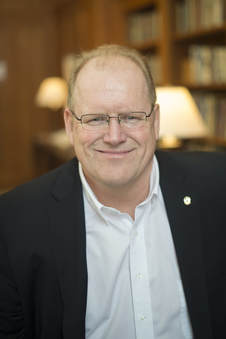 ​Andrew David Richards is a writer and stay-at-home dad. He holds a Bachelor of Arts in History and Classical Studies from the Open University in the United Kingdom.

Mr. Richards retired from the British Army in 2002, after 23 years of service with the Adjutant General’s Commendation. He served in The Life Guards during the Gulf War and in United Nations peacekeeping tours. His service also included seven years of experience managing a team of outdoor pursuit instructors within a military environment and teaching principles of leadership through professional development courses.

In 2002, Mr. Richards emigrated from England to the United States and later established citizenship in 2009. He launched his own professional development consulting company, Acorn Leadership, which he ran for two years in Maryland. He co-founded a second small business, Little Computer Bugs, in 2008, offering computer enrichment classes for kids ages 3-7 in North Carolina.

Also in 2008, Mr. Richards co-founded the Atlantic Coast Invitational Rugby Tournament, which brought together men’s teams from the Atlantic Coast Conference (ACC) universities. He is an experienced and qualified sports coach in Rugby Football and has coached university men’s teams at The University of Maryland – Baltimore County, The University of North Carolina at Chapel Hill, and Virginia Tech. He is also a qualified instructor in caving, sailing, climbing, mountaineering and kayaking.

Married with two daughters and a son who live in Texas, Mr. Richards and his family live in Central New York, USA. He has been a regular writer and contributor of rugby coaching columns for various publications, including American Rugby News and Rugby America. He was editor of his father’s non-fiction book Return to Aden (by Peter Richards, 2004). He has authored two novels, The Devil’s Wave and Imperial Blood. His first non-fiction book, The Flag, was published by Casemate in November  2017, and his new offering, After The Wall Came Down, was released by Casemate in March 2021.