The Flag: The Rev'd David Railton and the Tomb of the Unknown Warrior

This is a well-researched book...The style of writing brings home something of what it was to be an army chaplain amid the battles in France and Flanders.
(Reviews Editor, Methodist Recorder)

...a worthwhile biography and one well worth reading.
(Chris Baker, Long Long Trail)

A very good and well-researched book which looks in great detail at the life and aspirations of a true real-life hero of the Great War.
​(Ian Dickie, Margate Museum Trust)

How to buy The Flag

​Reverend David Railton MC served as a chaplain on the Western Front during World War I. Attached to three divisions between 1916 and 1918, Railton supported the soldiers in their worst moments, he buried the fallen, comforted the wounded, wrote to the families of the missing and killed, and helped the survivors to remember and mark the loss of their comrades so that they were able to carry on. He was with his men at many battles, including High Wood, the Aisne and Passchendaele; he received the Military Cross for rescuing an officer and two men under heavy fire on the Somme. It was Railton's idea to bring home the body of an unidentified fallen comrade from the battlefields to be buried in Westminster Abbey, and on Armistice Day 1920, his flag covered the coffin as the Unknown Warrior was laid to rest with full honours. Although suffering from Post Traumatic Stress Disorder, he returned to work as a parish priest in Margate, where he took particular interest in supporting ex-servicemen who had returned home to the aftermath of a terrible war and crippling unemployment. While the story of the Tomb of the Unknown Warrior has been told before, this is the first book to explore David Railton's life and war, and of 'the padre's flag' he used as an altar cloth and shroud throughout the war. The flag was consecrated a year after the burial of the Unknown Warrior and hangs in Westminster Abbey to this day. This book explains how the idea came out of Railton's traumatic experiences on the Western front, and how he made his idea become reality, drawing on his letters and unpublished papers. 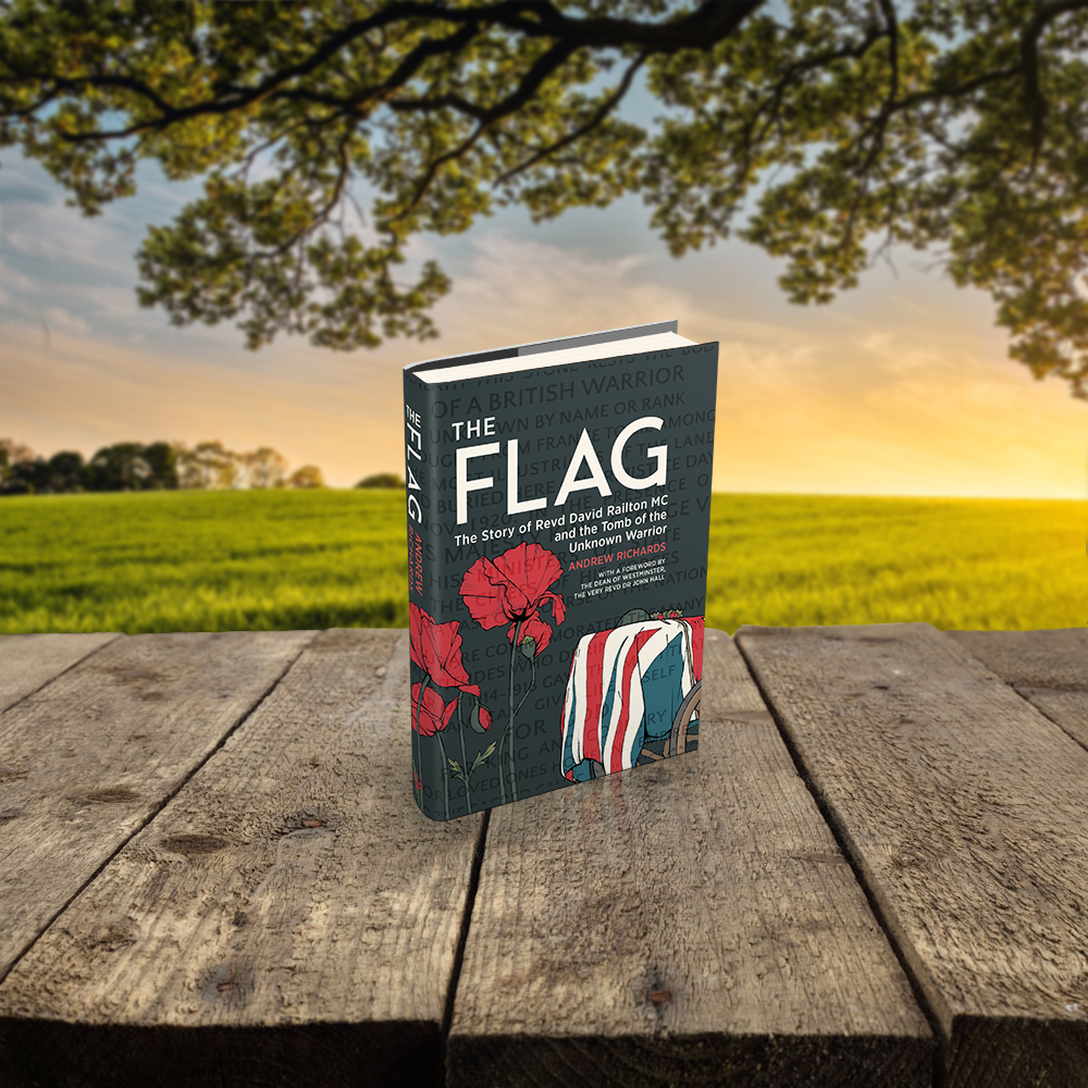